Racist Mom in the House…What Do You Do?

She was tall with dark skin and high cheekbones. Her friends told her she could be a model. She married a salesman who was as light as she was dark. The romance lasted. Two children that should be on Benetton ads made the family four. 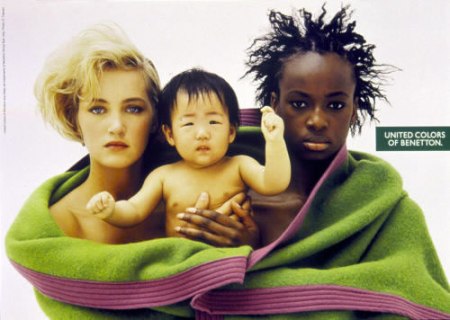 One of the famous images from Benetton’s advertising campaign.

His temper was short from working 12 hours days selling cars. Hers was even shorter. And as the realities of bills and a belief that one didn’t understand the other grew; it slowly churned into the stuff of disrespect.

The divorce came along after seven years and the marriage ended. She went to live with the two kids in a public housing development where the rent was $50 per month. Everyone in the streets knows how to work the college training grants and the for-profit “colleges” encourage the scam. Sometimes if you play it right you can withdraw and still get your money. Food stamps bring in another $600 per month and the Earned Income Tax credit brings a family of three $5000 per year. Add those numbers to a required job, a part-time position at a nursing home and you have a pretty comfortable lifestyle.

The father was still trying to hold onto the marital home bought in the early days of the real estate boom. Money was easier in 2003. He made decent money but after paying taxes, utilities, mortgages, insurance and child support there was less than $200 a pay.

She might have had it easy but she never lost her anger over the split. She was sure it was because she was black and he was white. Trevor’s white dad didn’t understand that giving a child a beating with a switch was a cultural difference. With the black mother talking ‘stuff’ all day long in front of the children the father became sick worrying that his son would grow up believing that whites were the devil. His daughter was already a teen and did as the mother directed. It happens plenty going the other way as well. Sometimes a new step-parent moves in with the children and he is a raging racist. A large, poisonous, portion of the racist’s time is spent thinking about race.

The father believed that racism was as bad as a mother on drugs or a parent that would allow domestic violence to be witnessed weekly. He filed a motion with the Court stating that there had been a change of circumstances and the “best interests” test would demand that the child be relocated to his home. Months of court went by but he was right and “won”. The boy is now being raised out in the country going to a great school and whether he is black or white never comes up. He’s a boy playing with cars in the mud and seeing his mother every other weekend.

Racism is not an opinion that deserves equal weight or the need to turn the other cheek. If someone moves into your house and is a racist, then don’t let him or her in if he or she wants to share their ugliness with your children. If it is your child in that home then you can file a motion seeking a change of custody. It is no less dangerous than someone blowing smoke around an infant. It has no place around children, lest we never want to see racism end. 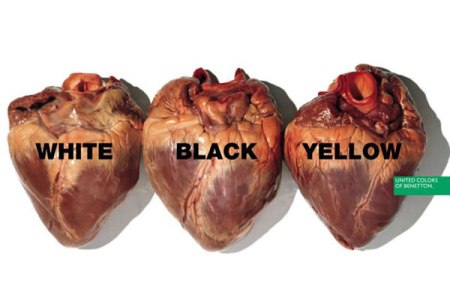 Considering the State’s finding that Trumbull CSB went back and filed visitation forms AFTER the alleged rape of an infant, all the way back to October 2010, it now is clear they should be no longer be the custodian of the victimized infant.

This letter was sent to Governor Kasich by Attorney David Engler requesting that the Governor become involved and take action in the case where Trumbull County Children Services Bureau failed to provide adequate supervision with the result being an infant was raped in their offices. The State’s investigation has shown that Trumbull County Children Services Bureau actually went all the way back to October 2010 in filling out visitation forms AFTER the rape of the infant, forms which are designed to be completed at the times of visitation, not months/years later! For many people this seems like tampering with evidence or worse.

Governor Tom Corbett of Pennsylvania recently said of the Penn State sex abuse scandal that: “When it comes to the safety of our children there can be no margin for error. There can be no hesitancy to act.” These words carry meaning to the scandal in Trumbull County, Ohio where an infant was sexually molested by her own parents during a “supervised” visitation at Children Services’ own offices during this past summer. The sex act was filmed by the father. It is alleged to be around 6 to 7 minutes long. I represent the maternal grandmother who upon discovering the evidence on September 28, 2011 immediately went to the police even though her own daughter was involved. The Governor of Pennsylvania forced the termination of a legendary coach and the University President. Others were either fired or resigned. He did this 5 days from the release of the indictment. In Trumbull County it has been 8 weeks and all the CSB workers are still on the job. After much pressing, the County Prosecutor referred the criminal investigation to BCI. But no one asked those directly involved to stay away from the crime scene or limit their access to records.

Your Department of Job and Family Services issued a report released in part on November 16th, signed by Jennifer Justice, Acting Deputy Director of the Office of Families and Children. I had warned shortly after the crime was discovered that the employees be removed less they have access to records that could cover up the potential crime of child endangering. Make no mistake that in this case there is a Jerry Sandusky. The parents have allegedly committed this horrific crime. And like Penn State, there is an institution that would like this matter to go away. TCCSB literally entered the visitation log records in October 2011 ( after learning of the crime) going back to November 2010. This was a finding of the review. The federal government requires records of the visitation to be contemporaneous. TCCSB back filled after they were notified of the crime. So there was no accurate time stamping of the records regarding the date the molestation took place. This is a violation of Ohio Administrative Code and Federal Law. 42 USC 674(a)(3)(C) There were no cameras in the room. There was no case worker present. No reasonable child placement agency would define this as supervised.

Please understand that CSB knew before this event that the father was a sex offender and that the mother would do whatever any man asked her to do. TCCSB had handled the previous cases. Yet CSB believes that the abuse was unforeseeable. 90% of all abuse upon children is caused by relatives or people known to the child. It was completely foreseeable. What is unforeseeable is that a children service agency licensed by the State would either allow this visitation or not actually understand what the word supervised visitation means.

The Director of CSB believes your State’s report is an exoneration. It is a remarkable spin that is sickening. Unfortunately an employee of ODJFS referred to the sexual molestation of a 13 month old little girl as “a slip-up”. I would like to see him explain that to the little girl when she gets older. ODJFS seeks only an anemic action plan. Please Governor, ask for your department to strip away the bureaucratic nonsense language and ask why an agency that phonies up its basic reporting requirements under state and federal guidelines, fails to understand the danger of allowing a previous adjudicated sex offender to visit with an infant and does not train it’s staff…is allowed to continue to operate.

I believe you will be sickened at the thick legalese used in the November 16,2011 report to cover up the sexual molestation of a 13 month old at the Agency’s actual offices.

State law allows you to withhold funding from the agency and/or come in and run it while it is in non-compliance. O.R.C. 5101.24.

On behalf of the victim, a 13 month infant, I am asking that you immediately seek a state take over of the agency and remove the Director and any other person involved in this “slip-up.” I believe you should also let Benjamin Johnson, JFS spokesman as quoted in the November 19, 2011 Youngstown Vindicator know that when referring to the assault of an infant, it is best not to call it a “slip-up”. Your agency discovered that TCCSB made up records dating back 11 months after a crime was committed. We will never know the veracity of these records. We know there were no cameras. We know that TCCSB failed to understand the “risk factor” of a sex offender. This all came out in the report.

It is a continuing victimization of this little girl for Director Nick Verosky to claim the State’s report is helpful and shows they took correct actions or simply need to address technical issues. 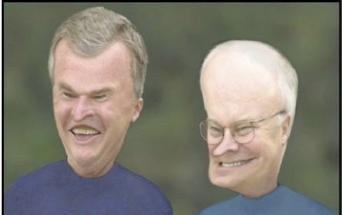 The terrible irony of getting older is that the physical size of our head gets bigger as the size of our brain decreases. I have seen pictures taken 20 years ago and I can hardly recognize myself. The hair has fallen out, grayed and my eyelids droop. I have not invested in plastic surgery but will do so as soon as it is offered inside a Wal-Mart store, like it’s eyeglass center or banking services.

A new study in the Proceedings of the National Academy of Sciences states that human brains are unique in that they can shrink up to 15% in a lifetime. Before this study it was assumed that all primate brains had shrinkage. Turns out it is only us.

By 2030 about 1 in every 5 people in the United States will be over the age of 65. This is twice the number of elderly than just a decade ago according to the U.S. Administration on Aging.

The brain shrinking conditions that affect the elderly can be depression and Alzheimer’s disease. These diseases of course can be a by-product of the shrinking brain. In a terrible commentary on most of us over 50; poor memory may stem from a fractional shrinkage in the hippocampus. This is when you forget a friend’s name or forget an appointment. My brother believes he has CRS. When I asked him what that diagnosis was he said, “Can’t Remember Shit.”. My mother firmly believes that it might have had something to do with pot smoking during the seventies. I knew nothing about these claims and the statutes have long passed.

So we live twice as long as chimps and this might explain why our brains start to shrivel. They only live into their 40’s. A shrinking brain is the neural equivalent of sore knees and stiff fingers. Perhaps we need to forward this blog post to our children so they can be patient with us. (if you can remember)